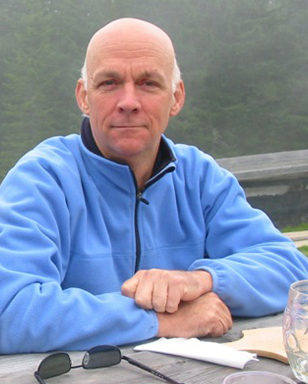 Dr. William Clark, Harvard Professor at the John F. Kennedy School of Government, delivered the 15th Peter M. Wege Lecture on Sustainability at the University of Michigan this fall. Dr. Clark began by saying he was a bit intimidated when he found out who the previous lecturers had been. “I might not have come if I’d known I was following the Dalai Lama!”

The distinguished list of Wege Lecture speakers also included the former Prime Minister of Norway Dr. Gro Harlem Brundland, the former President of Costa Rica Jose Maria Figures, Al Gore, former Vice-President of the United States, and Chairman of Ford Motor Company William Clay Ford, Jr. The first University of Michigan Wege Lecture was given October 17, 2001, by Dr. Rosina M. Bierbaum, former EPA official under President Clinton and at the time the new Dean at the time of the School of Natural Resources and Environment.

The title of Dr. Clark’s lecture was Pursuing Sustainability: Linking Science And Practice. He focused on the need for innovative thinking from the world of academia to solve the problem of Earth’s finite resources continuing to support the ever-growing number of people depending on it.

For the plus side, Dr. Clark noted that people are now “living longer and better” than ever before in human history. “ But that is not sustainable.” He pointed out we have saved eagles, restored forests, and the ozone is recovering. Yet with the current global population of 7.5 billion on its way to 10 billion, science has to get creative if humanity is to sustain the quality of life that has improved for everyone in the last 150 years.

Accomplishing this, according to Clark, will require world leaders to manage our human, social, manufacturing, natural, and intellectual assets. That means linking innovative scientific research with the actual real-world practices of sustainability. But, as with the American eagle, Dr. Clark says it can be done.

ENVIRONMENT AND SUSTAINABILITY EDUCATION AND RESEARCH AT U-M